The ABC's of E-cigarettes What you need to know

Who is using e-cigarettes? 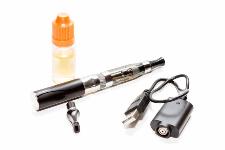 E-cigarettes, also called vaping, has become popular with teens and young adults. Data from the CDC indicates that nearly 22% of those between the ages of 18 & 24 have tried e-cigarettes. Among middle and high school students in the US, e-cigarette use increases from 1.1% to 3.9% in a one year period. A National Institute of Health (USA) study found that e-cigarette users were more likely to begin smoking traditional cigarettes versus those who did not use e-cigarettes.

No one really knows whether e-cigarettes are safe. They still contain nicotine, although in a dosage much less than traditional cigarettes.  However, they have numerous other chemicals including formaldehyde, a known carcinogen.  A recent study from Harvard School of Public Health found that the flavoring compounds in e-cigarettes may cause a type of lung disease called 'popcorn lung'.  This disease can cause a cough and shortness of breath similar to that seen in people with COPD.

The mouth can offer clues about overall health, and problems in your mouth can affect the rest of your body.